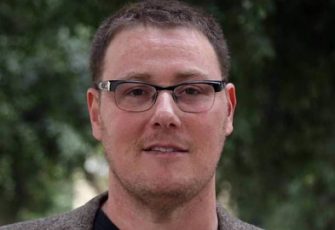 Daniel Monterescu is an Associate Professor of urban anthropology and PhD Program Director at the Department of Sociology and Social Anthropology at Central European University.  He is author (with Haim Hazan) of Twilight Nationalism: Tales of Traitorous Identities, study of autobiographical narratives of Palestinians and Jews in Jaffa (2011), and editor (with Dan Rabinowitz) of Mixed Towns, Trapped Communities: Historical Narratives, Spatial Dynamics and Gender Relations in Jewish-Arab Mixed Towns in Israel/Palestine (Ashgate Publishing, 2007).  His monograph entitled Jaffa Shared and Shattered: Contrived Coexistence in Israel/Palestine was published in 2015 by Indiana University Press.

By Daniel Monterescu
Daniel Monterescu is the author of Jaffa Shared and Shattered: Contrived Coexistence in Israel / Palestine.[1] An anthropologist... Read more > Winter 2016