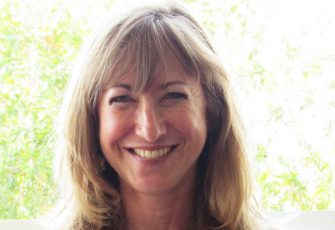 Dahlia Scheindlin is a public opinion expert and a strategic consultant with over twenty years of experience, specializing in liberal and progressive social causes. She has worked on eight national campaigns in Israel and conducted research and advising in over 15 other countries. Dahlia holds a PhD in political science and is currently a policy fellow at The Century Foundation; she co-hosts The Tel Aviv Review podcast and writes a regular column at Haaretz newspaper (English); she is also a regular commentator on global affairs for the BBC television program Context. Her work has appeared in the New York Times, the Washington Post, Foreign Affairs, Foreign Policy, Newsweek, Time, The Guardian/Observer, Dissent, Democracy: A Journal of Ideas, The Washington Quarterly, among other venues.

Israel, Ukraine and the Right Side of History

By Dahlia Scheindlin
Dahlia Scheindlin is a leading international public opinion analyst, a political consultant and a policy fellow at the Century Foundation; she... Read more > October 2020

Feminism in Israel | Women in Israel – a revolution halted?

Lessons from Cyprus for Israel-Palestine

By Dahlia Scheindlin
Cyprus has experienced a protracted, unresolved conflict for roughly five decades. Like Israel-Palestine, the conflict has ethno-nationalist and... Read more > Autumn 2016