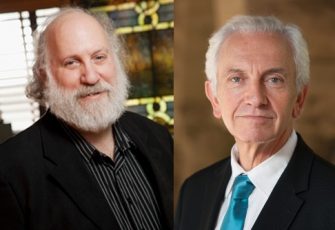 Cary Nelson is a professor of English at the University of Illinois at Urbana-Champaign, co-chair of the Third Narrative’s Academic Advisory Council, and the co-editor of The Case Against Academic Boycotts of Israel, scheduled for distribution by Wayne State University Press in October. He was president of the American Association of University Professors from 2006-2012.

Professor Russell Berman is a faculty member of Humanities at Stanford University. In 1982-83 he was a Mellon Faculty Fellow in the Humanities at Harvard, and in 1988-89 he held an Alexander von Humboldt Fellowship in Berlin. In 1997 he was awarded the Bundesverdienstkreuz of the Federal Republic of Germany. Professor Berman is the editor of the journal Telos.

Anti-Zionism and the Humanities: A response to Saree Makdisi

By Cary Nelson and Russell Berman
This lengthy essay by two leading US professors challenges the world of academic publishing. They identify the symptoms... Read more > April 2018