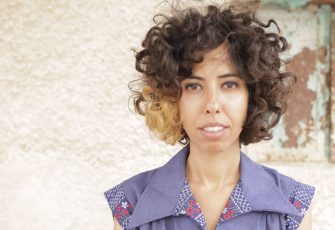 Adi Keissar, an Israeli poet of Yeminite descent, is the founder of the popular Ars Poetica, a project which initiated a new wave of Mizrahi poetry for the masses in the form of readings combined with Middle Eastern music and dancing. Keissar received the Bernstein Literary Award for her first book Black on Black (2014), and the Ministry of Culture Award for Young Poets in 2015. She is the editor of two Ars Poetica anthologies, and former editor of the Basta poetry section of the online journal Ha’okets. Her second collection of poetry, Loud Music, was published in 2016. Keissar’s poetry has been translated into eight languages and has been published in various anthologies, journals and newspapers. In autumn 2015, Ha’aretz named her the most influential of contemporary poets.

‘Ars Poetica was the explosion of me writing poetry’: an interview with Adi Keissar