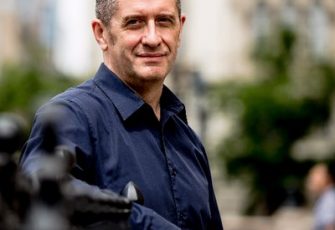 Adam Lebor is a British author and journalist. In 199 he became a foreign news correspondent and covered the wars in Croatia and Bosnia. His publications have appeared in the Economist, Financial Times and Literary Review. He has written eight non-fiction books and five novels, which have been published in fourteen languages. His work includes Hitler’s Secret Bankers, which exposed Swiss economic complicity with Nazi Germany and was shortlisted for the Orwell Prize.

‘City of Oranges. An Intimate History of Arabs and Jews in Jaffa': an interview with Adam LeBor

By Adam LeBor
The acclaimed book City of Oranges: An Intimate History of Arabs and Jews in Jaffa has been published... Read more > January 2019