by Gavin Gross
BACK

This May witnessed the annual Tel Aviv International Documentary Film Festival, an event dedicated to the development and the promotion of the art of documentary cinema in Israel. Gavin Gross provides a colourful synopsis of the best documentaries aired over the last 10 days, as well as this year’s competition winners.

The Tel Aviv Cinematheque buzzed all week with the chatter of international film executives, Israeli film industry insiders, and local cinema fans as one of the city’s major cultural events rolled into town from 19 to 28 May.

Now in its 18th year, Docaviv, the Tel Aviv International Documentary Film Festival, is one of Israel’s largest film festivals and the only one dedicated entirely to documentary films. It screens over 100 entries from Israel and around the world, many of which sell out in advance.

Israeli cinema has broken onto the world stage in the past decade, with Israeli films being nominated for top international awards. Although none of the films won, four Israeli films made the final shortlist for Best Foreign Language Film at the Academy Awards ceremony – Beaufort (2007), Waltz with Bashir (2008), Ajami (2009), and Footnote (2011). These four nominations in a five-year period were more than any other country received.

In addition, two Israeli-produced documentaries, 5 Broken Cameras and The Gatekeepers, were nominated for Best Documentary Feature at the Oscars in the same year, 2012, though neither scooped the prize. As well, Tomer Heymann’s documentary Mr. Gaga, about the work of top Israeli choreographer Ohad Naharin and his Batsheva Dance Group, gained a wide international theatrical release in 2015 and 2016.

Although the multi-screen Cinematheque, located on HaArba’a street in the centre of Tel Aviv, was the main festival venue, there were also free screenings at a dozen other spots across the city, such as the Sandbox Compound at the Tel Aviv Port, Habima Theatre Square, Jaffa’s Arab-Jewish Community Centre, and the Nalagaat Centre, which means ‘Please Touch’ in Hebrew, and which provides jobs for deaf and blind people.

Films were grouped into several competitive categories such the International Competition, Student Competition, and the Masters, billed as ‘new films by great directors’.

The 13 films selected for the Israeli Competition, whittled down from a much larger number of entries, covered a wide range of subjects reflecting the Israeli reality. The festival kicked off with Babylon Dreamers, the story of young dancers in a poor neighbourhood of Ashdod, all raised in immigrant families from the Soviet Union, who dream of entering the International Breakdance Championship. Its first-time director, Roman Shumunov, ended up winning the Best Debut prize.

Director Tamar Tal Anati, a Best Israeli Film winner at Docaviv in 2011 with Life in Stills, the story of 96-year-old Miriam Weissenstein’s fight to save her late husband’s photo shop from gentrification in Tel Aviv, returned with her new effort called Shalom Italia. Titled Three Brothers and a Cave in Hebrew, the film tells the touching story of three Italian Jewish brothers – Bubi, Andrea and Emmanuel – who were forced to flee their home in Florence during World War II and hide from the Nazis in a cave in the Tuscan forest. Seventy years later they travel from Israel and set out to find the cave, discovering that each carries very different memories of the experience.

Shimon Dotan’s The Settlers, which premiered at Sundance earlier in the year, uses archival footage plus recent interviews to explain the birth and development of the settlement movement after the Six-Day War. Dotan focuses heavily on the small core of radical settlers, such as the so-called ‘hilltop youth,’ who are given extensive screen time to explain their views and ideological motivations.

The Patriarch’s Room, by Danae Elon, begins with the controversial 2005 sale by Greek Orthodox Patriarch Irineos to Jews of prime church property inside Jerusalem’s Old City, which led to him being ousted and imprisoned in his chambers for 11 years. The director gained rare access to illuminate the political feuds and inner workings of the Greek Orthodox Church in Israel.

The film that ultimately won the jury award for Best Israeli Film was Death in the Terminal, directed by Tali Shemesh and Asaf Sudry, a minute-by-minute account which uses security camera footage of the terrorist attack on 18 October 2015 in Beersheba’s central bus station. In a notorious case that shocked many Israelis, an Israeli Bedouin man armed with a gun and a knife killed IDF soldier Omri Levy, and then a security guard and an angry mob ended up shooting and beating to death Abtum Zarhum, an Eritrean asylum seeker, who was mistaken for the terrorist.

In the Masters category, maverick Israeli director Avi Mograbi teamed up with theatre director Chen Alon to examine the plight of African migrants in a detention facility in Israel’s Negev desert. Using a theatrical play within the movie as a dramatic device, Between Fences has the refugees, mainly from Eritrea and the Sudan, act out their experience in fleeing their oppressive states and trying to find a safe haven in Israel. Before one of the film screenings in Jaffa, the Legislative Theatre at Holot, consisting of African asylum seekers and Israeli actors, performed their 50-minute piece which ended in a standing ovation from the audience.

One of the annual highlights of Docaviv is ‘Music at the Port,’ a series of free outdoor music film screenings at the Namal, the Tel Aviv Port in the northwestern part of the city. Built in 1936 on the initiative of pre-state Zionist leader David Ben-Gurion, the port functioned commercially after the State of Israel was established but then lost out to the more modern container ports at Haifa and Ashdod. Abandoned and derelict for several decades, the Namal was finally revitalised in the 1990s and 2000s and the empty warehouses turned into shops, restaurants, cafes, music venues and food markets.

In the large sandbox compound on the boardwalk next to the sea, a huge Docaviv screen was set up, a giant tarpaulin was laid over the sand, and 600 plastic chairs were set out in rows. A delicious Mediterranean sea breeze blew in and a DJ warmed up the crowd. The first screening was Janis: Little Girl Blue, an intimate portrait of legendary singer Janis Joplin by director Amy Berg, using music and interview footage plus letters she sent home to her parents in Texas as her music career took off in San Francisco. As the large audience streamed into the sandbox all the seats filled up, and so people were forced to sit on the floor or stand watching from the edge of the perimeter fence.

Documentary film fans and filmmakers will look forward to Docaviv’s return to Tel Aviv in May 2017 for its 19th annual gathering. 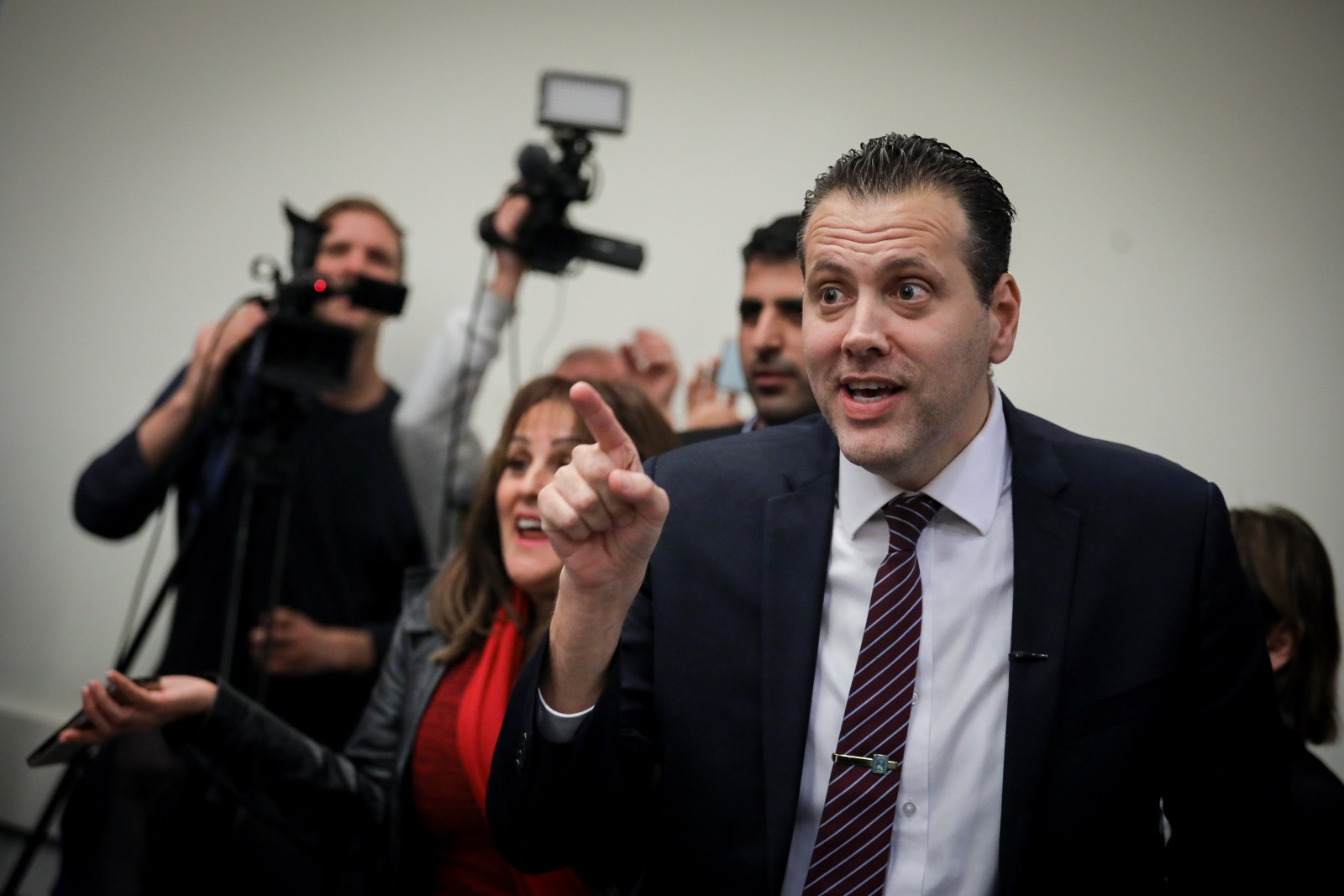