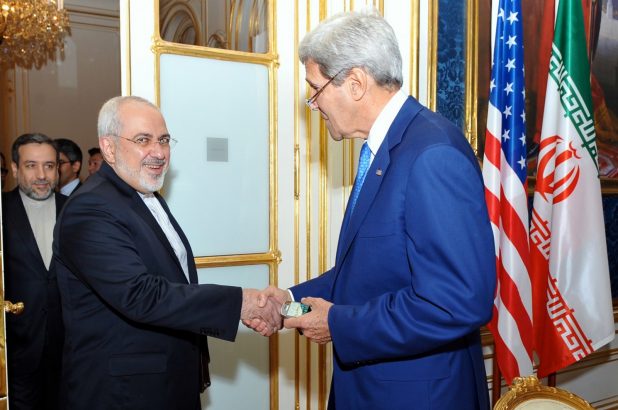 As the nuclear deal between Iran and the P5+1 goes into effect with the announcement of Implementation Day and the lifting of major international sanctions, the huge challenge of making it work still lies ahead for the international community. While the deal’s prospects will primarily be determined by Western deterrence against Iran, recent events preceding this new strategic era have eroded Western deterrence rather than strengthening it.

This is perhaps best symbolised by the fact that while 2016 started with a (metaphorical) bang – in heralding a new relationship with Iran – 2015 ended with a whimper – as the IAEA’s board of governors decided to close the file on investigating past Possible Military Dimensions (PMD) of Iran’s nuclear programme.

Relatively little international debate has surrounded the IAEA’s dramatic verdict. Yet it is difficult to reconcile this near indifference with the reality that the ruling rewards Iran for bad behaviour in both the nuclear and regional fields. This is a worrying omen for the future.

The nuclear deal between Iran and the P5+1 did not condition its implementation – including the lifting of sanctions – on Iran admitting its past military-related nuclear activities. It did however provide the IAEA with leverage of possible continued investigation of these activities. Yet despite the IAEA’s 2 December 2015 ‘Final Assessment’ report that Iran possessed a structured nuclear weapons programme until 2003, and continued its activities in this field at least as recently as 2009, the board chose to ignore its own damning conclusions, thereby rubber stamping Iran’s concealment, denial and deception on the issue.

It is easy to suspect that notwithstanding tough talk by senior US officials on the issue of PMD, the US administration and its international partners in the P5+1 had no intention of leaving this issue hanging over Iran’s head when they finalised the nuclear deal. It thus stands to reason that the IAEA’s announcement to close this file was a political decision primarily motivated by international will to quickly move towards implementing the deal while focusing on the future rather than the past. Indeed, Iranian threats to suspend the deal’s implementation should the file remain open probably played an important role in the IAEA ruling.

The logic of moving ahead with the deal’s implementation while focusing on the prevention of future nuclear military activities is understandable, though controversial. Proponents of bypassing the PMD file argue that there is little utility in seeking Iranian disclosure on past nuclear military-related activities, because Iran will refuse to cooperate in what amounts to admitting deceit and exposing itself, and that pushing against this Iranian ‘wall’ will only undermine the prospects of a successful deal. Moreover, there already exists a sufficient basis of knowledge for the P5+1 to focus on the real challenge of preventing future military-related activities.

Opponents point out that past Iranian activities were too serious to ignore, that investigating them (with or without Iranian cooperation) is essential for establishing a more solid baseline for monitoring Iran’s future activities (since there are still considerable knowledge-gaps in the existing one), and that ignoring them would reward Iran for its decades-long misbehaviour. After all, even following the nuclear agreement and its endorsement by the UN Security Council, which required Iran to ‘cooperate fully … to resolve all outstanding issues,’ the IAEA’s years-long probe continued to meet with nothing but Iranian obfuscation and implausible excuses, as glaringly reflected in numerous IAEA reports, including that of 2 December 2015.

Perhaps the most important element in weighing the IAEA’s decision lies in what the actions of parties reveal about their mindset, priorities and political will. On the one hand, Iran’s continuous obfuscation on the PMD file coupled with its other ‘red lines’ in the nuclear deal indicate that it has yet to make a strategic decision to abandon its ambitions of becoming a nuclear-threshold state and very possibly a nuclear-armed one. Meanwhile, in the first post-deal test of Western resolve in this field, the West blinked first. The message to Iran is that brinkmanship works and that the West is deterred by Iranian threats more than the other way round – because Western desire to see the deal proceed far outweighs its political will to strictly enforce its terms. All this before sanctions have even been lifted! Why would anyone believe that the West will show greater resolve in dealing with future Iranian violations after sanctions have been lifted (unless these violations are truly fundamental)?

For this reason, even those who accept the logic of commencing implementation of the deal without full Iranian cooperation on the PMD file are hard-pressed to explain the logic of formally ending the probe into the heart of Iran’s past nuclear military activities, thus giving up legitimate and necessary leverage at such an early stage. The argument that such concessions may empower the so-called ‘moderates’ in the Iranian regime ahead of Iranian Parliamentary elections in February (for both the Consultative Assembly and the Assembly of Experts) is highly debatable. With the Supreme Leader Ali Khamenei clearly calling the shots, it is similarly likely that rewarding Iranian misbehaviour empowers the hard-liners.

Contrary to the IAEA’s ‘Final Assessment,’ which essentially incriminated Iran for seeking military capabilities, Iran is now framing the decision into a narrative of historic exoneration, while the world remains silent. What does this do to the credibility of the international non-proliferation regime and of the IAEA elsewhere?

The same conclusion also applies to Iran’s regional and other non-nuclear behaviour. While most implementation‐related challenges of the deal lie in the future, its regional consequences are unfolding in the here and now and they do not bode well.

Since the deal was finalised, Iran has invested more, not less, in its regional hegemonic ambitions – without any real push-back from the West. Having already increased its current annual defence budget by over 30 per cent compared to the previous year, Iran recently announced its intention to further increase this budget in its coming five-year development plan and to embark on an arms procurement spree, especially in Russia . It test-fired ballistic missiles in contravention of UN Security Council resolutions and carried out a live-fire provocative exercise in dangerous proximity to an American carrier in the Strait of Hormuz. The Supreme Leader has publicly slammed the door on Western hopes to expand political cooperation with Iran beyond the nuclear deal and has banned most economic cooperation with the US. In the Middle East meanwhile, there is a troubling upsurge in regional strife fed in no small part by familiar Iranian destabilising behaviour. In Syria, Iran and its proxies have stepped up their military intervention with Russian backing and despite intensified diplomatic efforts the war has escalated (Iran recently downsized its ground forces in Syria due to heavy losses but its proxies are fully engaged with strong Iranian backing). In the Gulf, Iranian tensions with Saudi Arabia and other Gulf states have risen to new levels (with the Saudis adding some fuel of their own to this fire). Iran is also trying to stir the pot in the Palestinian arena, especially in Gaza where it is arming and supporting terrorist groups.

While Iran and the P5+1 stress the separation between the nuclear and non‐nuclear fields, Iran evidently regards them as interconnected and mutually reinforcing. Iran’s willingness to roll back its nuclear programme for approximately a decade is contingent on the deal legitimising its status as a nuclear‐threshold state and empowering its political and economic strength in the region. This inevitably comes at the expense of the security of long‐standing Western allies, such as Sunni Arab states and Israel. Iran’s current behaviour offers little hope that it will react positively to Western attempts to either tempt it to re‐orient or undermine its regional ambitions.

One way to understand the relationship between the nuclear and the non-nuclear issues in the eyes of the relevant actors is to examine their attitude towards the possible application of international sanctions against Iran for non-nuclear misbehaviour. In finalising the nuclear deal the West maintained this option and (in a bid to secure support for the deal) promised to use it in such cases as Iranian engagement in terrorism, human rights violations and forbidden missile development. For its part, Iran threatened to view added sanctions as reason enough for non-compliance with the nuclear deal.

Iran’s recent test-fire of missiles capable of carrying nuclear payloads is a case in point. These tests not only raise significant concerns over Iran’s cooperation with North Korea but also, as determined by the UN itself, are a violation of UN Security Council resolutions. As a response, the application of US sanctions on Iran immediately following the lifting of nuclear-related sanctions is a step in the right direction, yet it may be a case of ‘too little’ (modest sanctions that pale in comparison to the lifted sanctions), ‘too late’ (delayed in anticipation of Implementation Day and the release of American prisoners held by Iran). To have an impact, the American decision should be followed by tougher measures in the face of future Iranian misbehaviour.

During the nuclear negotiations the West primarily avoided robust action to counteract Iran’s aggressive meddling in regional conflicts for fear of undermining the deal. Yet as the deal goes into effect, it is time the West adopts a different mindset and realises that the most critical element for fortifying the deal and imposing Iranian compliance is deterrence, and that in building and maintaining it the nuclear and non‐nuclear are intertwined. The greater Iran’s confidence in its ability to push the boundaries in one field without real consequences, the greater the likelihood it will test Western resolve in other policy areas.

If the West is to successfully counter Iran’s regional agenda, it must be clear-eyed about diverging interests regarding regional stability and establishing inclusive political systems. It will require confronting Iranian destabilising acts such as arming and funding terrorist groups in Lebanon, Gaza, Yemen and elsewhere; maintaining and using sanctions on terrorism and other harmful non-nuclear behaviour (some of which have already been eroded by the deal); and fostering local alliances.

In the nuclear field meanwhile, enforcing such a complex, ambiguously drafted, and long‐term agreement on a problematic Iranian actor – which continues to maintain nuclear ambitions and significant infrastructure – comes with the considerable risk of cumulative erosions and infractions over time. As implementation begins and the West turns a page on Iran’s past nuclear military-related activities and looks to the future, it will have to invest more, not less, attention, resources and most of all resolve in deterring Iran.