Diverse options for coalition-building both at home and in the host country allow for the emergence of diasporic hawks and doves. Competition for resources, public and/or elite resonance and intra-community representation further pushes this diversification. (171)

For those with some knowledge of the American scene, much of the empirical material in this book will be reasonably familiar (although the discussion of Arab-American organisations was new to me). What is much more distinctive about this book is the way in which Gertheiss develops a systematic framework to understand diasporic Israeli-Palestinian activism. A conscientious and well-read scholar, the author spends a considerable chunk of the book surveying the extensive literature on Diasporas and their relationship to homeland conflict, in order to develop a ‘holistic’ theory of diasporic activism as it relates to homeland conflicts (she specifically excludes Diasporas whose homelands are not engaged in violent conflict).

It has to be said that, for those who are not interested in the wider literature on this subject, much of this book may be somewhat heavy-going. Yet the sophistication and subtlety of her theorising is not in doubt. From the start she seeks to understand the diversity of diaspora activism – taking issue with the ways in which Diasporas are too often depicted as homogeneous – and she disavows simplistic characterisations of diasporas as either ‘peace-makers’ or ‘peace-wreckers’; for her they are both. Her theory seeks to be ‘multi-dimensional’, teasing out the various ‘modes’, ‘functions’ and ‘substance’ of diasporic activism, together with its various causes. To some degree, this theorising does pay off in her case studies. She explains how US Jewish and Arab activism has diversified as part of a process of ‘adaptation’ to the American socio-political context. Particularly valuable is her discussion of the various ‘opportunity structures’ which are exploited by diaspora activists, showing clearly how Jewish organisations have much greater scope for political interventions compared to Arab organisations. For example, US politicians are much more hesitant about receiving donations from Arab-American organisations than Jewish ones.

The book ends with a three-fold appeal to ‘host country practitioners’ (i.e. activists and organisations within countries that contain diasporas):

First, host country agents should not mistake the loudest community voices as ‘the diaspora’. Secondly, only those diaspora groups with connections back home are likely to have some influence there. Thirdly, host countries need to tolerate political organizing of diaspora communities in order to (also) activate the pragmatists among them. (179)

The third point is counter-intuitive and possibly controversial: it implies that, in order to nurture Palestinian moderation, ‘we’ need to tolerate more radical voices as it is only within a diverse diasporic political economy, containing both ‘hawks’ and ‘doves’, that a diversity of voices can thrive.

Conversely, Gertheiss also recommends that Diasporas and diasporic organisations ‘overcome the “mantra” of communal unity’ (180) by managing rather than negating their diversity (181). Some diaspora activists, including myself, have been making the case for such an approach for a long time.

Yet while this book’s impeccable scholarship does produce some sensible and important conclusions, it also has some serious limitations. First of all, the complexity of the theoretical framework is rather unwieldy and lends itself to a fairly mechanistic view of diasporic activism. The empirical chapters have little space for individuals and the idiosyncrasies of agency. One gains no sense of what it is to live as member of a Diaspora community, or of the complex play of affect and emotion in Diaspora-homeland relationships, even though it is precisely the sensitivity and intensity of this relationship which makes the ‘diversification’ of Diaspora-homeland activism so painful to many. Further, the book’s lack of attention to the wider realities of Diaspora community means that there is little consideration as to the ways in which homeland-related activism and conflict may sometimes be a proxy for something else: certainly, when Diaspora Jews debate how to relate to Israel, they are also debating the boundaries of community and the nature of the obligations that Jews should have to one another. When some Diaspora Jews argue that they should never criticise Israel publicly – and, indeed, when some Diaspora Jews argue that they have a duty to criticise Israel – they are making a statement about what it means to be a member of a Diasporic community as much as they are making a statement about Israel.

The book is also empirically somewhat limited. There is no consideration of the growing and increasingly influential Israeli diaspora and the complex ways that it relates to the rest of diaspora Jewry and to Israel itself. Further, the book also conflates Arab-American and Palestinian-American activism – probably because activist organisations often do so too – without really considering the cleavages between Palestinian and other Arab identities.

Finally, Gertheiss doesn’t look much at the intense interest in and activism towards the Israeli-Palestinian conflict amongst those who have no diasporic connection to the region. It is this, perhaps, that distinguishes the Israeli-Palestinian conflict from many other conflicts. Whereas in Sri Lanka, for example, Diasporic activists are pretty much the only people with an investment in the conflict other than homeland-based Sri Lankans and Indians, with Israel-Palestine, a huge range of people see their hopes, dreams and region reflected in the region. Perhaps then, Diaspora Jews and Palestinians are simply a sub-set of a wider global investment in Israel-Palestine. This raises an intriguing issue (an issue that Gertheiss doesn’t really engage with): does the wider field of activists concerned with the Israeli-Palestinian conflict behave as if it were a Diaspora? In which case, how does this ‘artificial’ diaspora compare with the ‘real’ one? Or is such a distinction even tenable? Whatever the answer to such questions might be, it was perhaps unwise for Gertheiss to use the Israeli-Palestinian conflict to base her theory of Diaspora activism. For better or worse, the conflict is subject to so much global interest that it has ceased to become ‘ordinary’ – it is no longer ‘just another’ regional conflict amongst many, of interest only to those living in the region and its diasporas.

By Alan Johnson
The cultural theorist Judith Butler has written what she intends as a critique of Zionism... Read more > Spring 2016 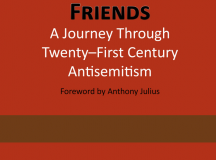 Book Review | Some of My Best Friends:...

By Dave Rich
First, the disclosure: Ben Cohen is a friend and comrade who was kind enough to... Read more > Spring 2016 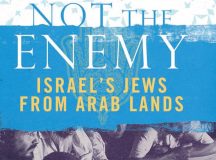 By Lyn Julius
The discrimination and injustice suffered by Mizrahi Jews in Israel has been used instrumentally by... Read more > Spring 2016